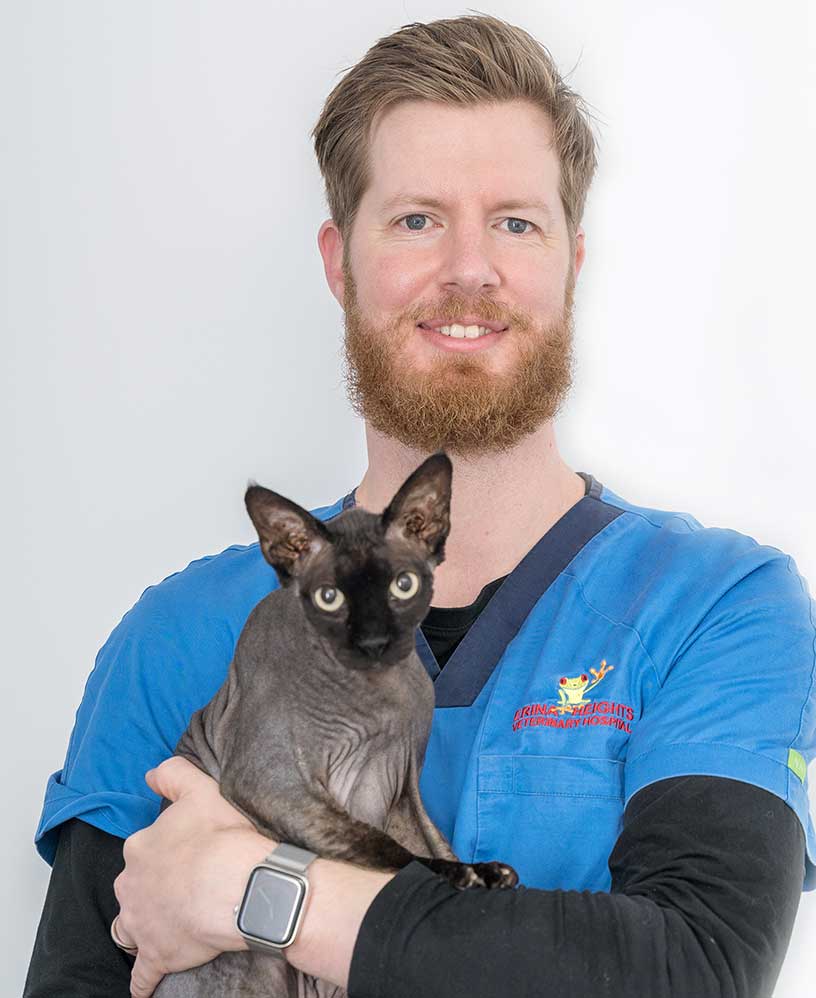 Jesse graduated with honours from Sydney University in 2007. Originally from Tasmania, he moved to the Central Coast following graduation and now wouldn’t live anywhere else. His special interests include ultrasound, soft tissue surgery, ophthalmology and reptile medicine and surgery. He has completed further education in ultrasound, including a Post Graduate Certificate in Small Animal Abdominal Ultrasound from Melbourne University. Outside of work Jesse loves to spend time with his two kids and family, as well as their dogs ‘Pearl’ and ‘Augie’ and their cats ‘Maurice’, ‘Sebastian’ and ‘Esme’. He is also an avid football and Central Coast Mariners fan. He loves going to their games on the weekends, whether they are winning or losing!

To ensure Erina Heights Vet Hospital provides the highest level of professional care for your family pet, continuing veterinary education is essential for both our vets and nursing staff. Additionally EHVH utilises modern technology and equipment which enables the diagnosis and treatment (both medically and surgically) of most conditions seen in a small animal practice.